Below are notated pictures to go along with the Cady Milestone project.

As was stated in the email the original proposal was for the plaque to be mounted in the building that the physics department is in now. It would be mounted at the entrance to a room dedicated to Professor Cady on the anniversary of his 100th birthday. The plaque would be mounted opposite the elevators on that floor providing good traffic. The room is used as a meeting space and when it is not used for that it is heavily used as a study space by students both from physics as well as many other disciplines 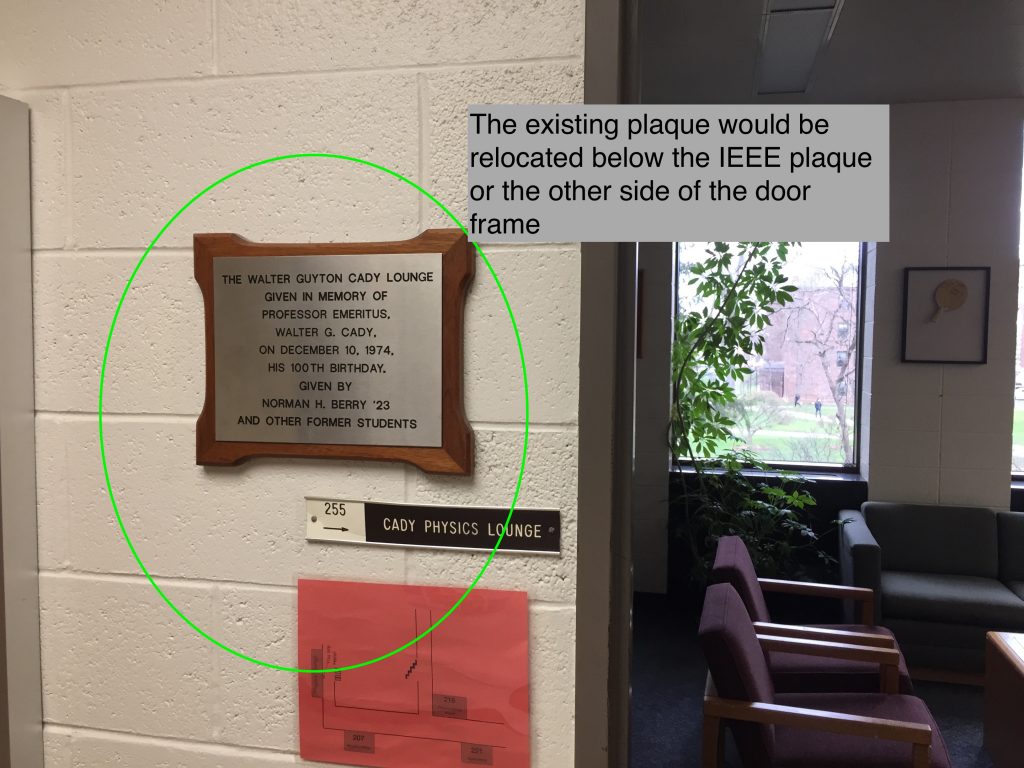 The picture above shows the existing plaque as well as a view into the room.

Below is a shot from the door of Professor Cady’s portrait. 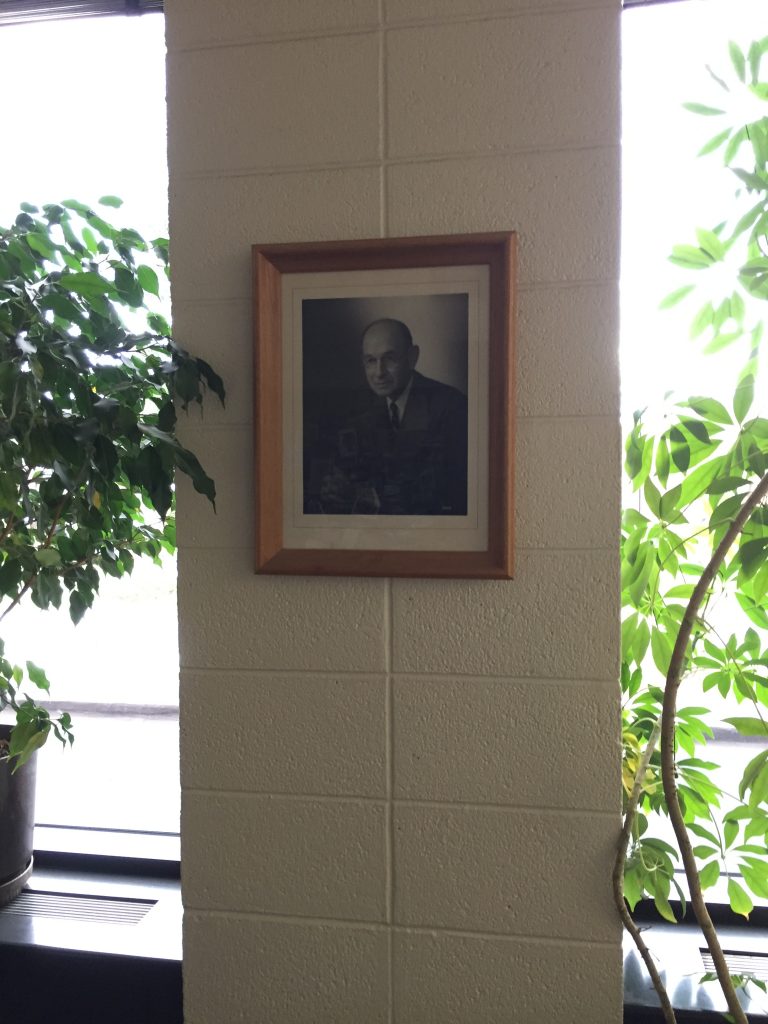 Next are two Pictures of the Cady Lounge taken midday. The images are linked to full sized versions. 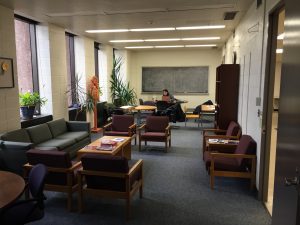 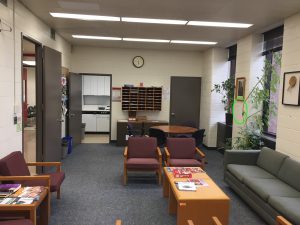 The History Committee asked for an alternate location.

As an alternate site the building where Professor Cady did his work still stands. Even though it has been reconfigured for other uses the corridor that was common to the research labs is still there and is well used today. There are two possible locations in that corridor. The first on a curved wall just outside a cafe and a classroom shown below. 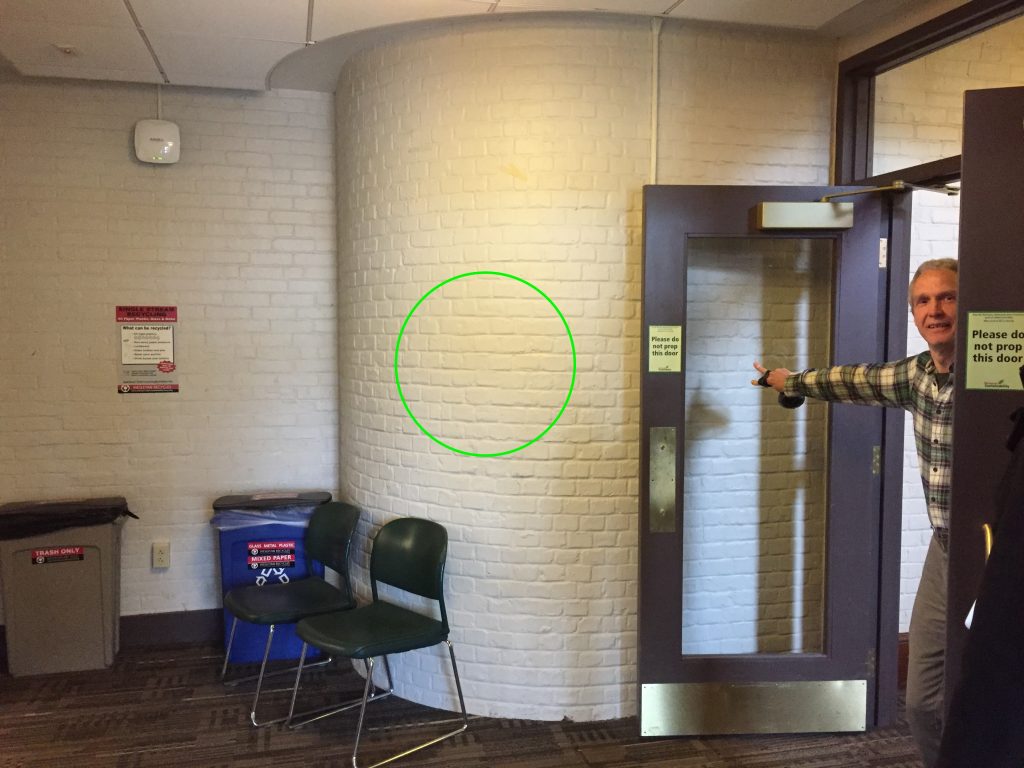 With the possible plaque location to your back you see into the cafe and to your left is a ground floor entrance to the building. 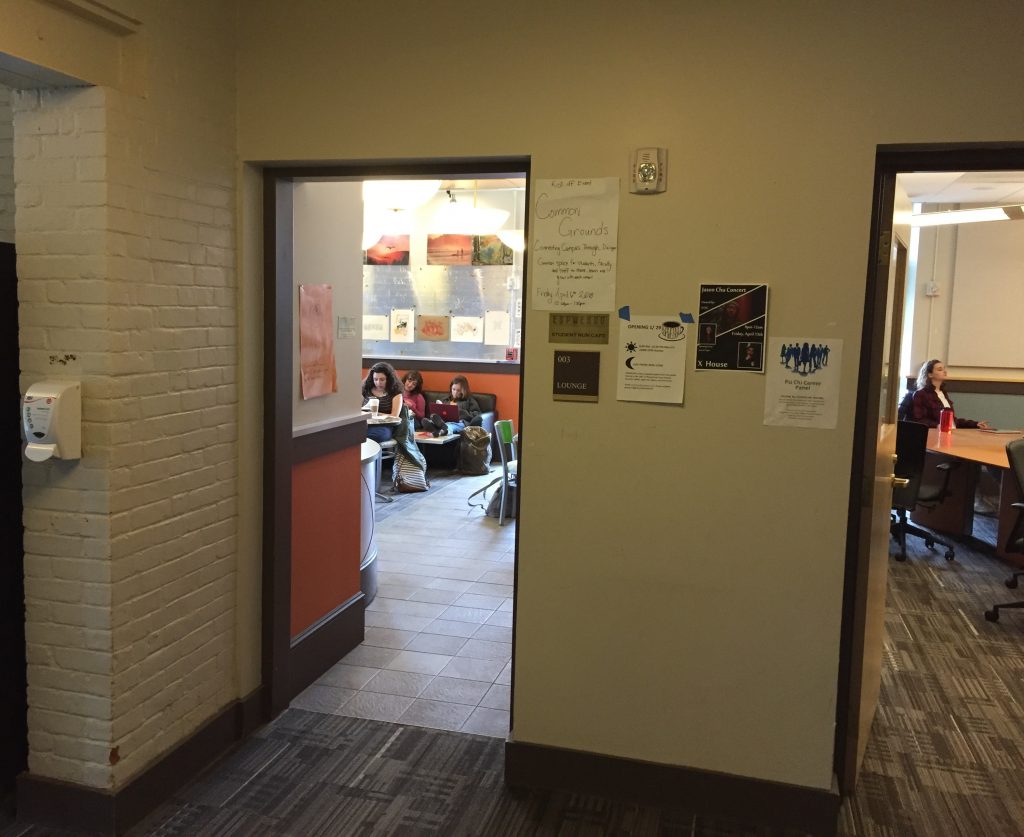 Another possible location is the other end of the same corridor. Three possible wall locations are circled. 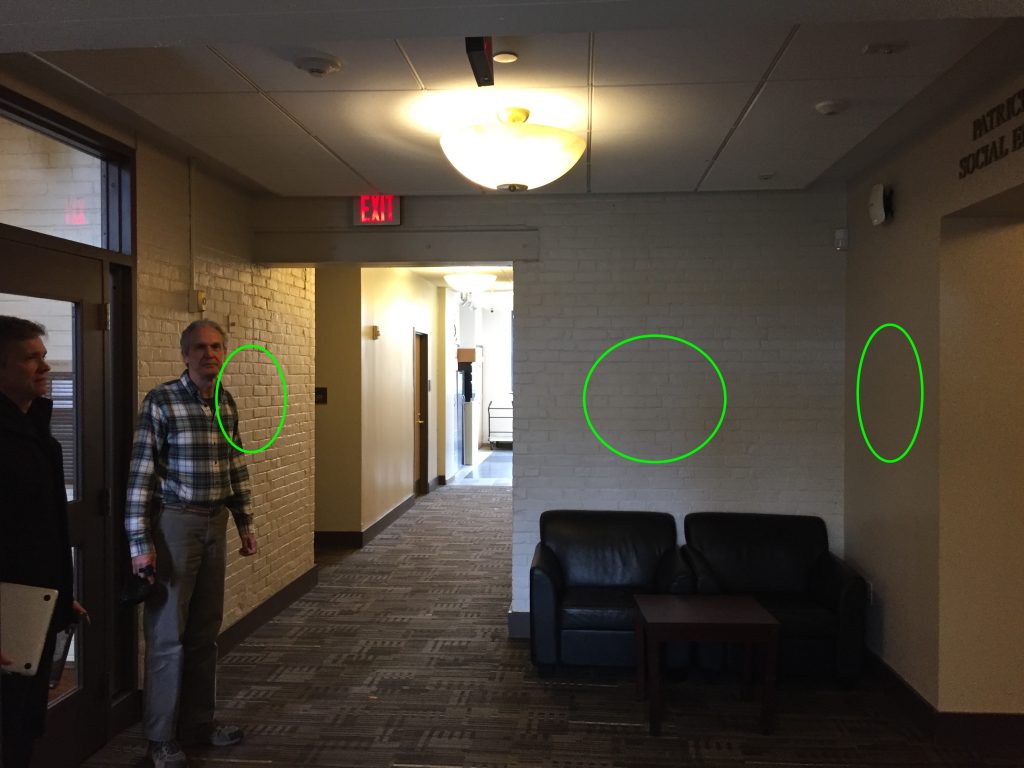 Two other spots that might be suitable are to the left and right of the main doors as you come into the building. The really nice spots in the middle of the arches have been perviously reserved by generous donations. 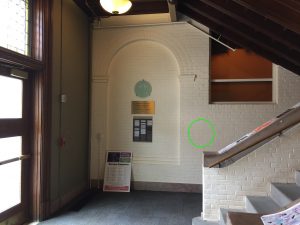 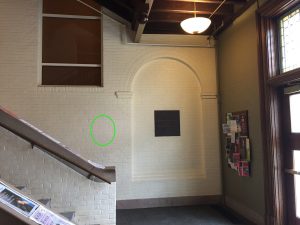 An outdoor location might be possible on the face of the building, the picture is hot linked to a full size image, as are the two above. 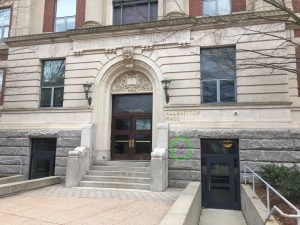 The large main door leads to the space pictured in the two photos above and the two doors to the left and right lead to the hallway previously mentioned.